This Rozelle strata title building achieved a remarkable reduction in energy usage of 60% after upgrading the common area lighting. The lighting upgrade will also provide substantial savings in their ongoing maintenance costs.

Tors and Landings is a relatively complex residential strata building in the Sydney suburb of Rozelle.

It comprises a long, curved, sloping entrance driveway with an unusually high ceiling. This enters into a large open space, featuring a delivery area, visitors parking bays, wash bay and store rooms. It leads into a multi-level underground car park. There are around 100 private caged garages and multiple corridors, stairwells, fire stairs and lift lobbies, plus several bin rooms and plant rooms. 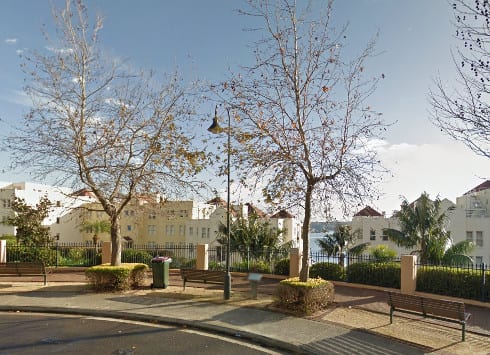 The strata committee made it clear that price was a key consideration in their decision making for an LED lighting upgrade.

Inspection of the site showed that a number of the existing light fittings had been poorly located – for example some areas were over-lit, while in others the fittings were hidden behind ducting, restricting their light output. While it would have been much easier to replace the fittings on a one-for-one basis, we proposed a simple redesign to reduce the number of replacement fittings, with the added benefit of further reducing the amount of energy required to illuminate the site. This allowed us to be price competitive without the need to compromise on the quality of the lights we proposed

In the main car park areas and corridors we proposed the Chamaeleon, a high quality LED light that has been designed specifically for “back of house” areas. In the car park entrance, LED high-bays were recommended and in the individual caged garages brand new battens with LED tubes.

Ecovantage organised a kick-off meeting with the strata committee to discuss a number of logistical issues including delivery of the lights, removal of old fittings, timings etc. The committee were heavily involved in the planning phase and provided detailed information to residents about the nature and timing of the upgrade, which helped the install run smoothly and on schedule.

We worked hard to ensure this was managed as smoothly as possible. For example the entrance driveway required the hire of special equipment with a certified driver so we could safely cope with the width, slope and ceiling height, which were unique to this site. In relation to the private garages the careful planning paid off, and we were able to replace the lights in almost all of the garages – a remarkable feat given the inherent difficulties associated with accessing such a large number of private areas. 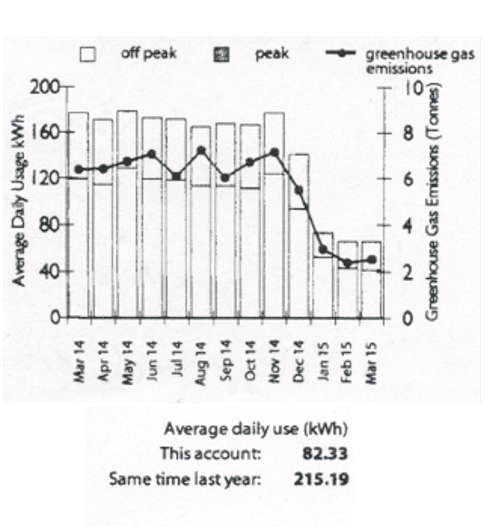 Overall, the light levels have been matched or improved throughout the site, most notably in the areas with the high bay lights. This is pleasing considering the much lower wattage levels of the new lights and the de-lamping that has taken place.

The upgrade has achieved a remarkable reduction in the energy use at this site. Following is an image of one of their bills, which clearly shows the significant reduction in energy consumption from January 2015.

Key Benefits of the Lighting Upgrade

The lighting upgrade will also provide substantial savings in their ongoing maintenance costs. For example in the emergency fitting batteries can be easily replaced by a handyman without the need for an electrician to power down the site and remove and replace the whole fitting, which would have been the case prior to the upgrade. The long lasting LED lights will reduce the need for regular globe replacements, which in the hard to reach high ceiling areas can be extremely expensive.

Find out more about energy efficiency schemes in the following locations